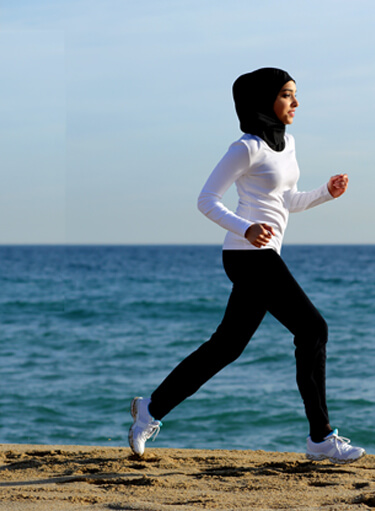 Skinny teens are at risk of developing osteoporosis

In today’s world, every one is obsessed with physical appearances and model-like figures. The images of slim models and TV stars that fill magazines, newspapers and television present teenagers with narrowly defined standards that are often unrealistic.

These unrealistic standards have left pre-teens and teens obsessing about perfect figures and ultimately having an unhealthy body image. So they start to follow strict unhealthy diet plans which cause many of them to become underweight and some of them anorexic.

Anorexia… an eating disorder: Anorexia is an eating disorder that affects people, especially young girls, who starve themselves because they have an intense fear of becoming fat. So they lose a lot of weight using various methods such as following very low calorie diets, excessive exercising and sometimes taking laxatives.

Anorexia has serious side effects on health: Skinny teenagers and girls suffering from underweight conditions and particularly anorexia could be seriously damaging their bones and increasing their risk of osteoporosis - a bone thinning disease that can weaken the bones and increase the risk for fractures later in life.

Why teens should be concerned about osteoporosis:

Other factors that cause Osteoporosis and should be taken into consideration in the life of a teenager:

The low intake of Calcium and Vitamin D because of diet restrictions, which involves eliminating milk and dairy products from the diet and consuming carbonated beverages instead of milk. Other factors include too little physical activity, a family history of osteoporosis and unhealthy habits such as smoking.

How to make your teenager care for her bones and prevent Osteoporosis?

The main steps that anorexic and underweight teenagers can do to build strong bones and help prevent bone loss and cut the risk of osteoporosis later on in their lives is through Healthy Nutrition, Lifestyle changes and Physical activity. Healthy teens should also be educated on the importance of building their bones for better outcomes in their future.

It is recommended that you encourage your teen to:

2.Ensure she gets enough Vitamin D which plays an important role in calcium absorption and bone health. Vitamin D is synthesized in the skin through exposure to sunlight. So encourage your teen to expose her hands and face to the sun for 20 minutes 3 times a week or consume milk fortified with Vitamin D.

3.Encourage your teen to exercise and do outdoor activities with friends. Exercise is absolutely necessary to build strong bones as it increases blood flow to the bones, bringing in vital bone building nutrients.

Finally, as a parent take an active role in creating a healthy lifestyle for your teenager by providing her with good and proper nutrition and making exercise a fun and rewarding family activity. In case you notice that your teen is not eating well and losing a lot of weight, it is best to consult a specialist. As we know prevention is better than cure, do what you can today to strengthen their bones and help prevent osteoporosis in the future.