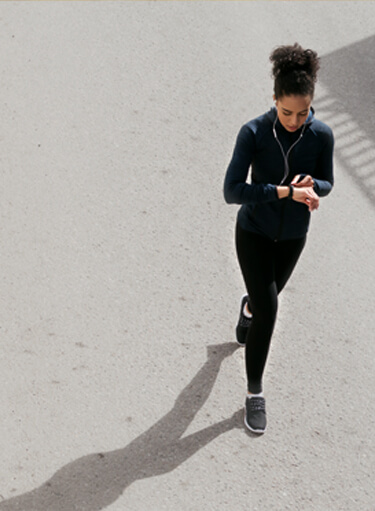 The hazards of being too thin!

You may have noticed in today’s world that people pay a lot of attention to being overweight or obese and its resulting health complications. On the other hand, being underweight also has its share in causing health risks.

So if you are underweight, you might want to explore its health risks and get insights on how to add a few kilograms to achieve a healthy weight and thereby a healthier you!

How do you know if you’re underweight? You can find out if you are underweight using a simple calculation to determine your body mass index or (BMI). This can be easily done by dividing your weight (in kilograms) by your height (in metres squared) as indicated below:

Who is at risk and why? Women and teens are the two main groups especially at risk of being underweight. While underweight women will struggle with fertility issues, underweight teens are at a critical stage of growth and development, increasing the chances of future health problems.

The are many serious health risks to being underweight, mainly:

But that’s not all. Other health complications might include delayed puberty in teens, negative body image, fatigue, increased susceptibility to infection, irregular heartbeats and depression.

What you can do for a healthy increase in weight? The simplest way is to have 3 meals a day along with 2-3 snacks. Make sure to include different food groups in your diet to achieve a healthy and balanced intake. Additionally, you should stay away from soft drinks and sugary foods. Instead switch to foods that are high in nutrition such as smoothies, dried fruits and nuts.If you are an underweight teen, you could also have a snack at bedtime because growth hormones are highest during early sleep. And don’t forget to exercise and increase your physical activity. This might help boost your metabolism and stimulate your appetite!

Last word Remember that genetics plays an important role in determining our shapes and figures! However, this doesn't mean that you should give up and stop trying to achieve a healthy weight. In fact it means that you should try a little harder to maintain a healthy body. You can always consult with a dietitian to determine your healthy weight range and work out a meal plan created to suit your specific needs.